In the blood work, I had done on 1.22.2013, my LDH test showed that I have higher than expected cellular and tissue damage going on.

The only time our body repairs itself is during sleep.   So, whereas this was hard news to receive so starkly in black and white, it does not surprise me because I do not sleep well.

I will be most anxious to repeat this test in the upcoming months to see if it improves.

hope is that my sleep will improve as I balance my minerals.  Therefore my body will be able to repair my tissues at the cellular level.  Won’t it be incredible if I see this reflected in my blood work???????????

My blood work also revealed that my blood calcium levels are low and outside the reference range.   Conversely, my hair calcium is off the charts.  How can this be?  The way I am understanding it is that I am not utilizing calcium well and it is being deposited in my soft tissues (hair).  Again, it is my hope that as I balance my minerals, this situation will be rectified.

Interestingly enough, my “primary care physician” made absolutely no mention of the “out of reference range” LDH reading or my low calcium reading.  You can bet I will point this out when I ask to be retested this summer.

One of the challenges I face in my healthy living food choices (notice I don’t use the word “diet”) is snacks.  My “go-to” snack is nuts.   I buy them raw, in large quantities and roast them in the oven.   400 degrees for 14 minutes.  DELICIOUS!  My favorite combination is whole almonds, pecans, and cashews.

But recently to give me some options, I have incorporated blue corn chips.  I am surprised that I can eat them, because I have a known food sensitivity to corn, but there must be something special about blue corn chips.   They are considered a healthy food choice by my AZ doctors, so I decided to be brave and try them.  So far, so good!

I buy the Garden of Eatin’ brand.  Here is a link for more information:

Posted on March 9, 2013 by robbiegallinger 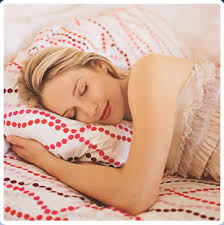 A word about the Rebalancing Program I have committed to as a result of my hair mineral analysis.  See blog post of 3.2.2013 re Mineral Balancing.  It involves:

I have found the nutrition aspect of the program to be similar to the lifestyle change I adopted nearly two years ago regarding diet.  No wheat, no corn, no dairy, no processed foods, no sugar.  One change, however, is that Dr. McHaney really has discouraged me from eating fruits, aside from some occasional berries.  This has been a rather big change for me because I am used to fixing a fruit drink every morning.  I am also to increase my protein by 15%.  That’s  a little hard because under this program, I cannot eat any red meat or eggs for six months.  I have never eaten much meat…a little goes a long way with me.  But I do miss one of Russ’ occasional hamburgers!  Sardines are highly recommended.  Not a fan, but I have eaten 2 cans over the last couple weeks.

I am pleased to say that the targeted supplements are agreeing with me and that my left eye is NOT turning red.  I attribute this to the emotions therapy I have been doing,  however, I have not blogged about this yet.   Under this rebalancing program (again, designed specifically for my unique imbalances), I am taking a multi-vitamin, a multi-mineral, fish oil, Vit D, calcium and magnesium, and kelp (iodine).

Regarding detoxification.  I am taking baby-steps.  It is highly recommended that I detox in a near infrared sauna everyday.   Well, that is impractical, so I have settled on turning up the temperature of my far infrared biomat every day.  Also recommended for detoxing are frequent coffee enemas to detox the liver.  I hate to even type that.  I am a bit prudish.  Anyway, I  am not ready for that step, so in the meantime I have booked an appointment for hydro-colon therapy on 3.27.2013.  That is a first too.  Again, I am not ready to blog even about that.

Lastly, rest is mandatory.   I laughed out loud when I first read that I am supposed to get 10 hours of sleep a night.  Impossible.  I struggle to get 4-6 hours of sleep.  And that 4-6 hours is always interrupted sleep.   I cannot force myself to sleep.   The new doctors recommend that I be in bed by 830 pm because that is in synch with my adrenals.  If I miss the window, I cannot rest and repair my body.  So…I am trying to comply.

Posted on March 2, 2013 by robbiegallinger

I have not slept well in 30 years.  Yes, seriously.  A couple months ago, however, it became worse and I began waking up at 4 am. When I happened to mention this to Dr. Denise, she said that cortisol spikes at 4 am.  This set me on a path that I want to blog about over the next few days.

Cortisol is a hormone made by the adrenal glands.   In the 24-hour urine test I had in the summer of 2012 at the Riordan Clinic, I knew that my adrenals were showing as “insufficient”.   This change in my sleep provided me with a new urgency to investigate.

I began to seriously research adrenal insufficiency and multiple times, I found myself reading articles written by Paul Eck, MD and/or Lawrence Wilson, MD.  These doctors advocate that adrenal insufficiency is best diagnosed with a hair analysis and then treated by balancing minerals, detoxification, and nutrition/life style changes.

I am familiar with hair analysis.  My Father had a hair analysis done in 1979 and it precisely  pointed to the possibility that he had cancer.  After he received the analysis report, he went to his primary care physician where his cancer was confirmed.

A hair tissue mineral analysis provides a  “metabolic blueprint” of how the body is responding to stress.  The ability to determine the stage of stress and the oxidation rate from a hair tissue mineral analysis makes it possible to assess the likelihood of many conditions and guide correction based upon metabolic imbalances.  A thorough interpretation of the tests results also requires the identification of mineral levels, ratios, and metabolic patterns.

By way of an example>>if a test shows that I am deficient in selenium, most practitioners would supplement with selenium to increase the level of  selenium in my system.  Mineral balancing however, looks at the  RATIOS and optimally balances selenium with other minerals.

I found a physician in the Phoenix area who is affiliated with Dr. Wilson and made an appointment to have a hair sample taken.  I recently received the very thorough report and have decided to commit to the program.  It is exciting to know that I can have my mineral levels quantified, my unique ratios calculated, and then monitor my progress as I rebalance them.    The end game for me is SLEEP!!!!!!!!!!!!!!

Posted on March 2, 2013 by robbiegallinger 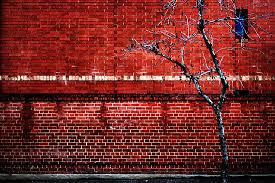 I thought I should speak to the “brickwall” that I have been up against for the last several months.  See blog post of 2.21.2013.  This “brickwall” has prompted me to go in some new directions with my healthcare.

In many ways, I feel quite well.  Normal.  But at the same time, I know that I have some issues that are in the background that must be addressed.  For various reasons, I seem stuck and not able to breakthrough:

So I press on, determined to figure this out. 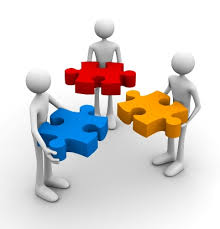 Posted on February 26, 2013 by robbiegallinger

In traditional Chinese medicine, acupuncture and other methods were used to keep the body healthy by keeping the energy fields that support it healthy.  In some provinces of ancient China, you paid the physician a nominal fee when you were well.  If you got sick, the physician would work hard to try to cure your illness, but you did not have to pay because the physician had failed to keep your energy field healthy enough to prevent the illness. 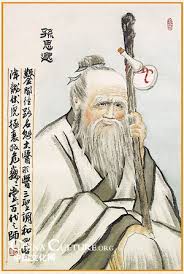 Taken from Energy Medicine for Women by Donna Eden

Posted on February 26, 2013 by robbiegallinger

From time to time, I feel like I must stop and address the Reader who might think I am obsessive.  Maybe I am.  I probably am.

My response is this:

Posted on February 23, 2013 by robbiegallinger 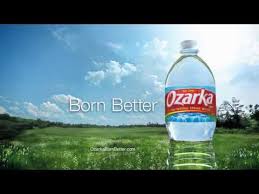 I have been drinking carbon-filtered water for about three years now and have felt very good about drinking it.  I am going to make a change, however and incorporate spring water into my daily intake.  It is more expensive, but I am deficient in several critical minerals and I am working to raise my levels.

Read about the differences between tap water, spring water, distilled water, etc at this link http://www.myspringwater.com/SpringWaterInformation/TypesOfWater.aspx

These are the mineral levels in Ozarka spring water>>

Posted on February 23, 2013 by robbiegallinger 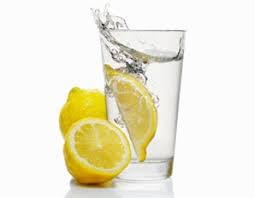 I have learned something very important.   I have read many, many times over the years that it is important to drink 2 – 4 quarts of water everyday.  I found that impossible.  Ludicrous, in fact.

I have learned however, that I can drink significantly more water if it is room temperature and not over ice.  Yes, just a simple little thing like that has made a big difference for me.

Posted on February 21, 2013 by robbiegallinger 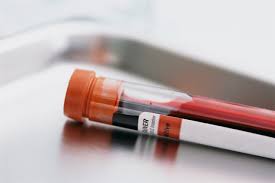 In January, I had some extensive blood work done.   I laid the numbers against the tests I had done in 9.2011 to analyze the results.

At the onset, I want to say that most of the results were not only in the “reference range”, but also in the “optimal reference range”!!!!  This was very uplifting to me.

I have concern, however, for a couple things:

My blood calcium is low.  This is not a surprise, because this showed on some tests I had done at the Riordan clinic last summer.  This deficiency is perplexing because I supplement calcium.  Say tuned, however, because this will make more sense when I blog about my hair analysis.

My SGPT test showed that a certain liver enzyme is high. Tripled in fact from 9.2011.  Dr. Denise and I have known that my liver is stressed and now this provides us a clue.

The LDH test shows that I have higher than expected cellular and tissue damage going on.  Again, stay tuned, because this shows up in my hair analysis.